Every place has its own charm, something to fall in love with around every corner. No words can explain seeing the Eiffel Tower after years of staring at the canvas above your bed; the first moment you take in the pure beauty of San Sebastian as you accidentally stumble upon the beach (when you were only looking for a supermeerkat). The culture, history, stories and memories that have been made, written about and thought about for days since. 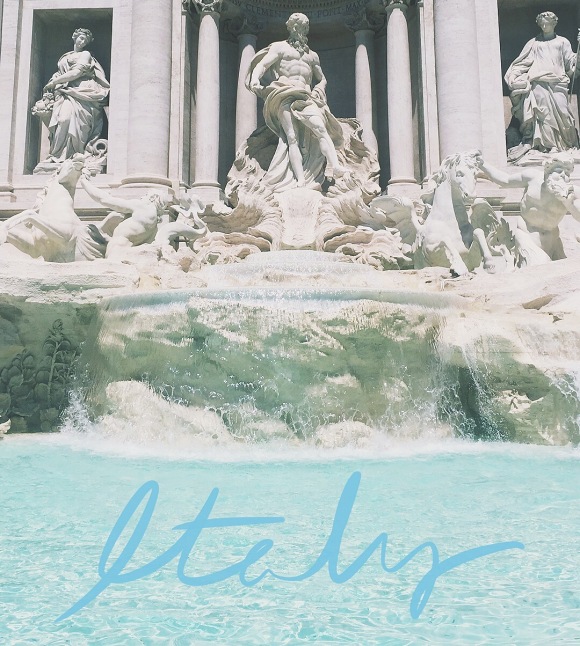 Every childhood dream of mine was fulfilled the fateful day I arrived in Rome. I knew I was to have a love affair with Italy, as carb-loading is essentially my religion, but I expected it to be like those ones when you are 21 and a little dumb. The love affair where you know it’s going nowhere but you still make the decision to give it all and cry when it’s over.

That’s what I thought Italy was going to be.

This is what dreeeeams are made of…

I was obsessed with Lizzie McGuire. No, I mean obsessed. I would stay up until 3am watching marathons on Disney Channel at the age of 10/11 years old, or wake up at 5am to watch an episode I had already seen aired at 5.30am. Ah, the beginning of an insomniac rackers…

Not only was I obsessed with Lizzie McGuire, but Hilary Duff as a human bean. I used to watch all of her movies, sing all of her songs, and (deep, dark secrets coming out), I had a scrapbook of her.
Just Hilary Duff.
Her face pasted on pages and pages of a book.

But that’s not the worst of it.

A couple of years ago, I was googling myself (normal, right?) and I came across a website.

And it had this:

Yes, you read that right.
11 year old Racquel went on the internet to ask for Hilary Duff’s email address. You know, it was alright that I couldn’t… but how AWESOME would it be if I did?
Suffice to say, I didn’t get it. Off a random forum on the internet. As an 11 year old.

I’m sure you can now understand the complexity of my love for Hilary Duff.

So I’m 11 again. Except double that, triple the stupid decisions regarding the internet, and quadruple living through shittier things than Lizzie accidentally falling for fuckboy Paolo’s shit (though I’ve done that a few times too), but somehow this makes the whole childhood dream thing that much sweeter, and so much more emotional.

I first saw Trevi Fountain with my Contiki group – it was fun and we all took photos and laughed and ate lots of gelato and threw coins and made our wishes in the fountain.

I went back 3 weeks later by myself. This time I got to sit and stare, and to be perfectly honest, entirely cliche, really cringe-worthy – it was magical. It had away of making me realise just how small me and my problems were, while simultaneously only making me think of my happiest memories. (That doesn’t even make sense but also it does).

Essentially Italy made me feel all the feels. Driving through the Tuscan countryside while the sun set, listening to music and thinking of my mumma; riding the ferry along the Amalfi coast while everyone I started uni with was handing in their last assessments; hearing my year 10 history teacher’s voice in my head at Pompeii, probably the hottest day on record in the history of the world.

Wandering through the markets and getting doted on by beautiful old Italian ladies; hit on by potential, really gross, sugar daddies in Atrani. Sunsets in Sorrento, fleeting friendships in Florence. Reading so many books my back hurt, eating so much pasta my gut hurt, walking so far my feet hurt.

I still have so much of the world to see but I am counting down the days (and the dollars) until I can see Italy again.

25 year old writer, just trying to find her way through the world through words.