the girl on the moon

Will Lawter was only five when he first noticed the girl on the moon. He was outside with his dad, lying with their legs in their makeshift camping tent and their heads using the grass as pillows.

His eyes were fluttering closed, sleep encumbering him, when he noticed weird movement on the moon. It looked like a small pair of legs; flinging as if they were on a swing. Will opened his eyes some more, intrigued by who was dancing on the moon.

The girl on the moon flashed her brightest smile and waved to Will. Will swore the stars shone brighter in that moment. He grinned and waved back.

Will Lawter was only five when he first noticed the girl on the moon. And he fell in love.

Will wrote letters to the moon in hopes she would write back. He began with telling her about his family, his friends from school, the things he was learning. As he grew, the meaning behind his letters grew. He would steal moments with her when he could; even though she couldn’t talk back, he felt the answers in his heart.

The time he needed her most came just after his 20th birthday.

He left the doctor feeling…empty.

Will walked home, leaving his car in the parking lot at the doctor. He thought the fresh air might help to clear his thoughts. Were they sure? It didn’t feel like his whole body was riddled with cancer. He started to run, pounding his feet against the ground, proving them all wrong. The doctors, his body, the world. They were wrong. They had to be.

He could feel the afternoon sun burning into his back, the sky a cloudless blue. He felt as if Mother Nature was betraying him. How is the sun still shining? How is everyone going about their day to day lives? Today, the end of the world as he knew it, the sun was showing off.

Anger and resentment started to seep into his veins. “The world is going to go on, and I will continue to shine, without you,” he felt the sun saying to him.

“I’ll change,” he screamed at the sun. “I’ll be a better person if you just let me live!”

Dusk was settling in by the time he had made it home. The moon was peaking out against the pink hues of the skyline, so Will settled down on the grass and sprawled out. He allowed tears to leak out of his eyes for the first time since hearing the news. Slow and silent, falling into his hair and uncomfortably into his ears.

All Will could do was stare at the sky. Taking as much in as he possibly could. Wishing he could fill his body up with the magic of the night sky, convinced that was the cure to this
human sickness.

So many stars. So many souls. He was going to be one of them soon.

She came out quietly tonight and waited for Will to notice her.

The sight of her comforted him.

From then, Will knew he didn’t need to be scared. He wouldn’t be alone. 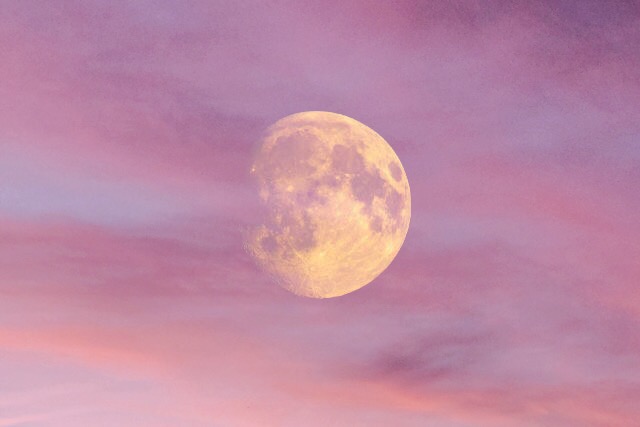